ON THE ROAD: WESTAF on Tour

It costs a lot to take the arts on tour. As Robert Sheets, chair of the Arts and Humanities Council of the Federation of Rocky Mountain States, warned in early 1970, America faced a “national disaster in the arts.” Money, as usual, was the problem, although President Richard Nixon had requested a quadrupling of NEA-NEH funding, to $40 million from $11 million in 1969.

Closer to home, the Council wrestled with a region “rich in natural beauty . . . separated by great distances . . . but with most cities [incapable] of supporting full-time arts organizations.” Recognizing that the Federation’s primary concern was economic growth, the arts council campaigned for “parallel growth in the arts and humanities” as a way to reach its goals. And the best way to accomplish that involved taking the arts to the people.[1] 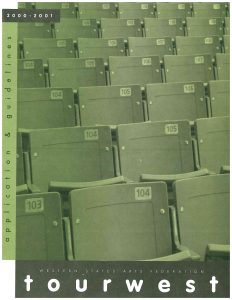 It was an ambitious goal, and the first-year results were impressive. The tour roster included the Denver and Utah symphonies, Ballet West, the Montana Repertory Theatre, and the Repertory Dance Theater of Utah, as well as two oil painting exhibits, a watercolor exhibit, a print show, and an architecture award show.[2] In addition, the Council launched Young Audiences programs in each member state, and, in an endeavor to keep young artists in the region, inaugurated an apprenticeship program for musicians and dancers, supported with a $75,000 NEA grant.

The effort paid off as “citizens of small isolated communities from Montana to New Mexico for the first time have had the opportunity of enjoying professional fine arts programs in their own communities.” 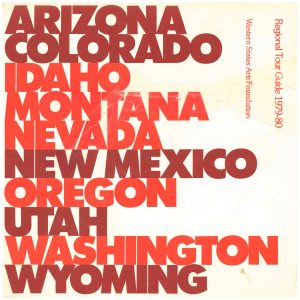 [1] “Regional Audience Development and Touring Program in the Arts” 1971.

[2] Semi-Annual Board of Directors meeting, 1971. Full report including financial, plus minutes of Board Meeting.