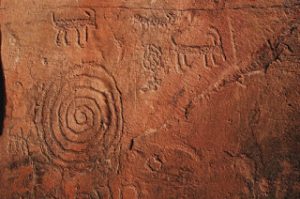 Long before podcasts burst onto the audio scene, non-commercial radio presented long-form, single-focus programs on a variety of topics, including in-depth explorations of the indigenous cultures of the American West. One such was an ambitious project spearheaded by WESTAF and funded largely by the Ruth Mott Fund, a 13-week series called Spirit of Place.

It began with an NEA-funded needs assessment in 1991-1992, which indicated a widespread desire for more folk arts programming in WESTAF’s member states. To oversee it, WESTAF hired Elaine Thatcher as Regional Folk Arts Coordinator in 1993. Initial projects included a 1994 proposal to the Ruth Mott Fund for a series of half-hour radio programs for public radio addressing “the folkways of traditional cultures and their relationship to their specific environments”[1]. Thatcher hired Jack Loeffler, a veteran radio/tv producer and ethnomusicologist who did most of the fieldwork, to produce it.[2]

Importantly, the Ruth Mott Fund stepped up with $25,000 to finance it. From the beginningSpirit of Place was infused with the idea that environmental protection and cultural conservation could not be separate endeavors. Thus, each program focused on understanding how to live in and with a place rather than on or through it, recognizing that humans, while dominant, are “just one member of the community of life.”[3]

Spirit of Place steered clear of the notion that everything indigenous cultures did was good, while what modern technological society did was bad, instead seeking to broaden awareness of alternative ways of living with nature in the West. Over two years, Loeffler and Thatcher conducted nearly 100 interviews including traditional Native Americans, cowboys, ranchers, Hispanic healers, loggers, scholars and literary figures, presented largely in their own voices, without comment or interpretation, allowing listeners to draw their own conclusions.[4] 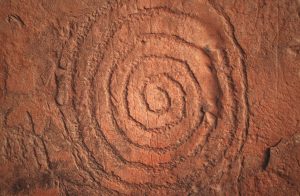 In August 1997, KUNM, New Mexico’s public radio station, began airing Spirit of Place, and WESTAF began searching for funds to transfer the programs to CDs. You may listen to the first five programs in the series here.

Here’s an index of each program in the series. The entire series is available in Series 8 of the WESTAF Archive.