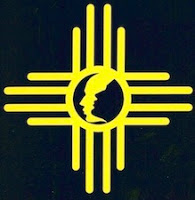 TUMBLEWORDS: Writers Rolling Around the West

Mention arts tours and most of us think of dance and music, even the occasional art exhibition; writers and poets, not so much. TumbleWords, WESTAF’s literary reading and residency program, marked a bold step toward bringing literature to far-flung Western communities.

The project grew out of a meeting in 1991 in Sundance, ID, where discussion about the lack of an “infrastructure” of literary organizations in the region led WESTAF to apply for a $73,000, two-year NEA “underserved” grant. Initially underwritten as a model partnership by the NEA, TumbleWords eventually expanded from an original three states to eight, with support from the Lannan Foundation and the Lila Wallace Readers Digest Fund. [i]

TumbleWords functioned as a catalyst, offering technical support for local communities to conduct their own stand-alone literary programs. It was never an “arts in education” program, nor was it a glorified book club just for reading, nor merely part of an author’s book tour.[2] Every program included workshop activities, generating participation from local writing communities, supported by a small stipend for participating communities. Most residencies lasted two or three days, manageable for inexperienced and volunteer local coordinators.

Partnerships and private funding drove TumbleWords’ success. WESTAF brought together a variety of resources –– from state arts agencies and local arts organizations to literature professionals –– to serve non-traditional communities. Venues ranged from libraries, bookstores and school and college classrooms to coffee shops, prisons, parks and migrant workers’ camps, ensuring the greatest access for potential audiences. It proved to be an extremely effective and valuable program for presenting literature to new audiences, although it never fully discovered who the audiences were nor found a dependable way to reach them.[3]

An important new element was added in 1996, when WESTAF undertook a TumbleWords At-Risk Youth program, designed specifically to engage children in detention facilities. Funding from the Emily Hall Tremaine Foundation underwrote most of its work, which expanded over time to 11 detention facilities and included such projects as poetry workshops and other reading/experiential activities. Several anthologies of their work — such as “Going to Extremes,” seen below – testify to the impact of this engagement.

As TumbleWords matured, WESTAF devoted more resources toward the things it does best: professional development, including skills training for writers, local sponsors and statewide coordinators, and closer coordination of funding. “We envision TumbleWords as a network of local, state and regional partners … to foster self-sustaining community literature programs [that] will broaden the quality, quantity, variety and accessibility of literary experiences for audiences, readers and writers.”[4] It remained one of WESTAF’s programs until 2006. 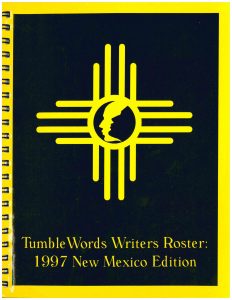