By Samantha OrtegaAugust 2, 2019No Comments 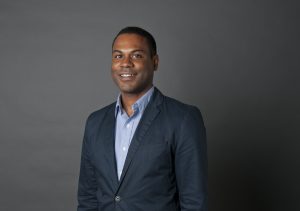 David Holland will join WESTAF later in August 2019 as director of public policy, a new role that will guide WESTAF’s public policy and arts advocacy programs and services. Holland previously served as associate director of the Arts & Business Council of Greater Boston, a chapter of Americans for the Arts. Prior roles include management positions with Virginia Commonwealth University (VCU) da Vinci Center for Innovation, VCU School of the Arts, Arts & Business, and the UK innovation think tank Nesta.

Holland began his career with BOP Consulting, a global consulting firm focused on cultural policy, leading projects for government departments, public agencies, and international organizations. For more than 10 years, he has served as an independent management consultant working primarily in the arts and culture field both nationally and internationally. His clients have included the European Cultural Foundation, the Inter-American Development Bank, Arts Council England, Salzburg Global Seminar, B3 Media, New England Foundation for the Arts, and the startup technology nonprofit Think of Us, among others. He has served as a panelist for the National Endowment for the Arts Office of Research & Analysis, the Virginia Commission for the Arts, Virginians for the Arts, and the Boston Foundation and as a site reviewer for the Mass Cultural Council.

Holland also served on research and program committees for the Alliance for the Arts in Research Universities and has served on the boards of several nonprofits, including the Black History Museum and Cultural Center of Virginia. Holland was selected as a Salzburg Global Seminar Young Cultural Innovator in 2014 and is a fellow of the Royal Society of Arts. Through his work, he has developed broad experience in the areas of cultural policy, arts advocacy, and the creative economy agenda at local, regional, national, and international levels, as well as a deep appreciation of the challenges facing nonprofit and community arts. Holland holds a bachelor’s degree in economics from Amherst College and master’s degrees in international studies and diplomacy and the history of art from the University of London, SOAS.

Holland says, “I am both honored and humbled—not to mention excited—to be joining WESTAF as director of public policy. WESTAF is poised to take on an even greater role in galvanizing public support for the arts, ensuring that both the intrinsic and public value of the arts are recognized and celebrated in communities across the West. I look forward to working with our network of western state arts agencies as well as our regional and national partners to strengthen the cultural policy and arts advocacy capacity of the region and the wider field while deepening WESTAF’s role as a convener, thought leader, coalition builder, and catalyst.”